​Multiple sensors of different types were placed at different locations, structures and times between 2016 and 2017 to create a database of 406 hours of various records and 77GB of binary data to be processed. This provided us with sufficient data to reach conclusions on the relationship between these records and the structural condition of the structures. The conclusions of this study are summarized here. 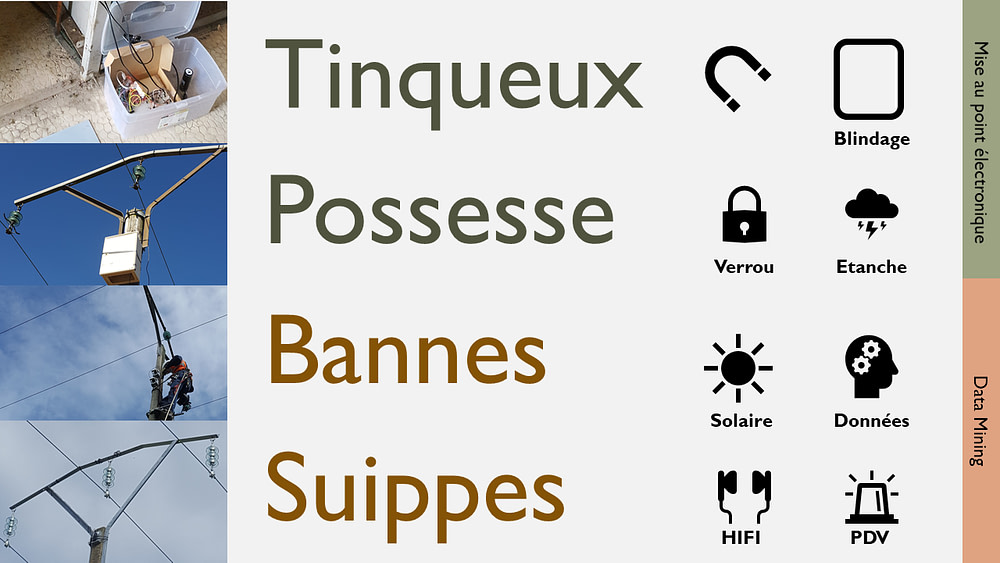 We installed sensors in electrical transformers in the city of Tinqueux (51) to quantify the electromagnetic influence and provide shielding.
T​he test phase in Bannes (51) aimed to study the best system for fixing to the lines and the tightness of the box as well as the influence of bad weather over a long period of time in real conditions. During this phase, we also tested different types of sensors to see the advantages and disadvantages of each.

The conclusions of the experiments showed that our process (Sentinel) is very clearly capable of determining used structures and accurately detecting:

​​Sentinel is also able to detect subliminal electrical alterations such as projectiles that hit the line or impacts with a vehicle.

​​These events do not necessarily lead to immediate detection by the customer because there are no electrical consequences, but this creates points of fragility that in the long term, at the next gust of wind for example, will be the most likely places to break completely, with the need to involve an emergency team if necessary. It is therefore useful to install these sensors on certain lines permanently, or for a variable period of time depending on the probability of risks.

In summary, Sentinel detects the level of general obsolescence (fixing problems, deformation, corrosion), impacts weakening the structure, determines the rate of wear and by the presence of several sensors, accurately triangles the location of anomalies on the line.

Check out these articles below